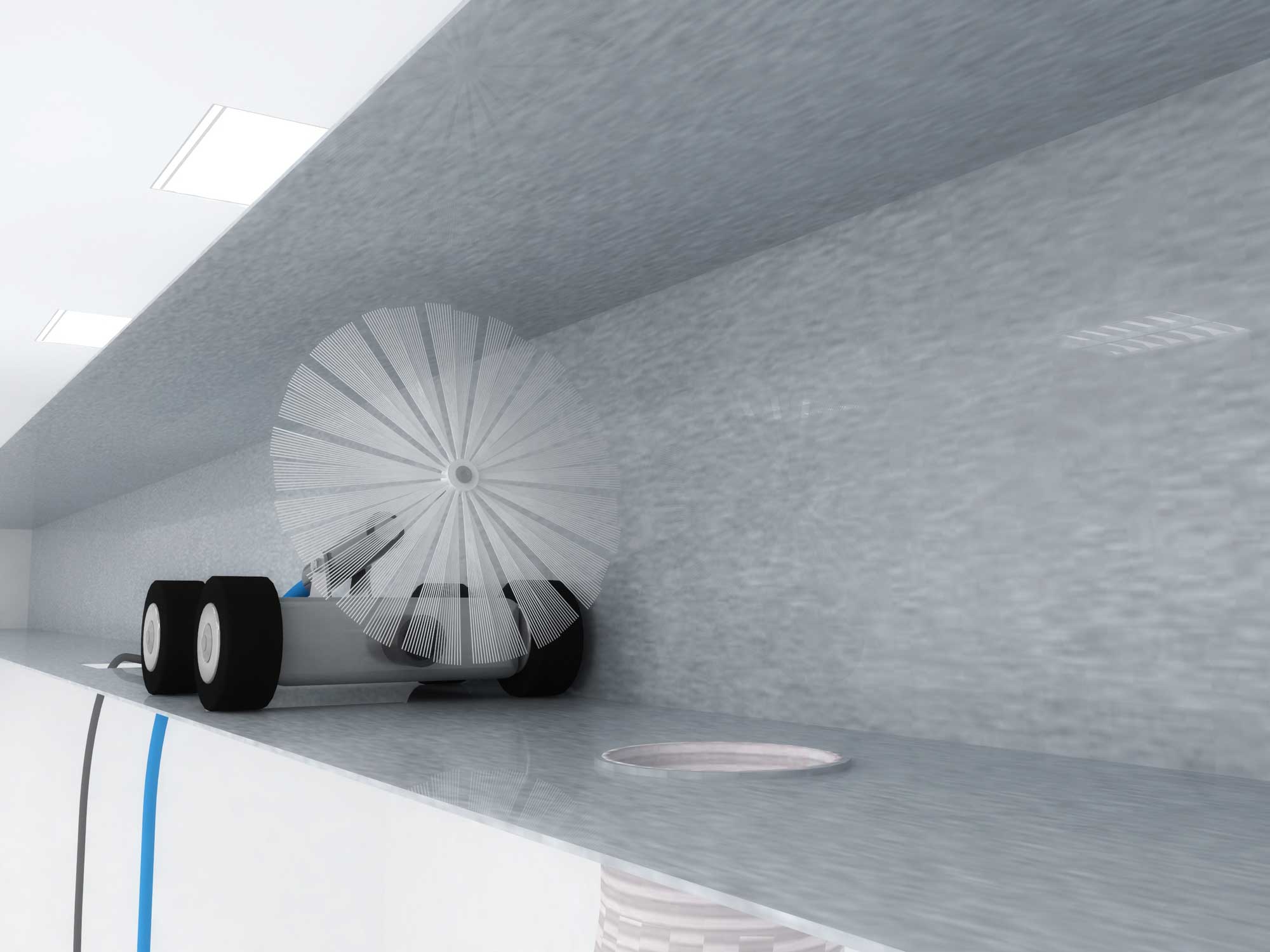 The Pros and Cons Of Duct Cleaning Robots

What are the pros and cons of using duct cleaning robots? We’ll try to provide the facts and offer an unbiased opinion. Is there a place for robots in duct cleaning? The short answer is “yes and no”. It may be feasible to use this kind of a machine in some commercial buildings, but most-likely not in a residence or small office environment

Many of us have a romantic fascination with robots. We’ve seen some that are personal assistants and ones in movies that try to take over the world. Robots that could be both that malevolent as well as organized enough to be able to do so, are about as likely to happen as a zombie apocalypse. That kind of artificial intelligence is still a long way off because current robots lack the speed, programming, sentience, and ability to take over a single household, much less the whole world. Robots in many service industries are more of a gimmicky status symbol than a practical time-saving device, but this is slowly changing.

In reality, robots can only do what they’re programmed to, and in many cases, most so-called robots are actually little more than remote-controlled-vehicles. The same rings true for duct cleaning robots – they require an operator to maneuver the vehicle and operate the brush mechanism. As you can imagine, this takes time, and on average 3X longer than other duct-cleaning methods. Another big challenge for them is vertical duct work, and at that point, can’t go any further – no ability to climb and too bulky to go around corners?

Duct trolling robots range from several thousands to tens of thousands of dollars. Besides being expensive to purchase, in order to pay for itself, a duct cleaning company may decide to charge you more for the same service as conventional equipment duct cleaning. Another issue is the speed of robot duct cleaners.

In commercial buildings however where there are wide ducts that travel a long way, a robot might be suitable as a cleaning device. There is still a problem of vertical ducts, especially if they are of the flexible variety.

The Most Common Types of Duct Cleaning Machines:

Rotary Brush System: A rotating brush is used to basically scrape the sides of the duct work to remove the dust & debris from the wall which then gets sucked into a vacuum hose. Generally, the size of the debris removed is dependent on the size of the vacuum hose diameter. Also, this large brush cannot fit into dampers, vents or returns. Robots generally use a brush or whip system to clean the vents.

Push-Pull Duct Cleaning: This method connects a high-pressure vacuum to your furnace to pull out the debris at the same time as applying high-pressure air to push out ALL the debris. This system is successful at removing toys, construction debris, socks & rodents. The air hose is small enough to pass through vents, and all other vents are sealed off to create a closed system with much higher suction. Robots cannot be used in a push-pull system

The Pros and Cons Of Duct Cleaning Robots

Are robots the future of duct cleaning? Likely but probably not yet. Their size and maneuverability limit where they can and can’t go, and only a few can actually climb up ducts. They are slow and costly, and generally cost more for the same service because it takes more time. Although they may do a more thorough job scraping the walls of dust, they cannot remove large debris, and can take several hours to clean, inspect and sanitize in the areas it can reach.

Canaduct Cleaning uses the Push-Pull system along with air whip cleaning plus disinfecting. This ensures your ducts are not only free of dirt, dander, dust, fiber-glass insulation, construction debris and larger objects, but also mold, bacteria, viruses, and other allergens. How often you need it done depends on the health of your family members, having a wood stove, number of pets, living on a dirt road, etc. Generally 3-5 years for most homes but more often if someone has severe allergies, asthma or other breathing or excess dirt issues. We believe this to be the most thorough and cost-effective balance for getting your ducts cleaned. For an immediate no-obligation quote, fill out the information to the right, or call 416-410-3777 to talk to a live person.